When things got REAL on marathon race day.

Written by organicrunnermom on June 29, 2015. Posted in Inspiration, motivation, Running 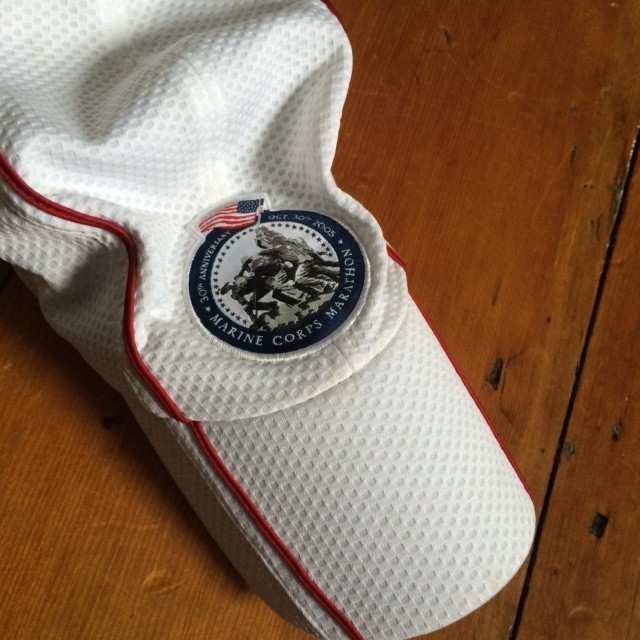 *Disclaimer: This post was written as an Ambassador for Skirt Sports for their #REALWomenMove campaign, the story and all ideas expressed here are my own.

The marathon is a race that can be good to you on some days but also one that will throw curve balls at you. I have had my fair share of great marathons and then also many that were challenging because of my own making. I have learned through racing the marathon that it is never good to go out too fast. I have learned this from experience but also from many coaches and runners passing along this advice. Why then is it sometimes so hard to listen to this advice when it comes to the actual race day. Going out too fast during a marathon in my own personal experience never ends well and that’s when things get REAL. And by real I mean a test of your own determination and sheer willpower to get you to the end of the race.

Let’s rewind time and revisit my second marathon, the Marine Corps Marathon in Washington, D.C in October of 2005. I was so excited to have my name picked in the lottery to be able to race in this iconic race with over 30,000 participants. The race course winds its way past famous D.C. landmarks and monuments and the race course is lined with amazing spectators cheering you on with their signs and words of encouragement. I had trained hard through the summer and early fall making sure to log all of my long runs with my amazing training partner Bridget. On race day I felt prepared to have a great run and was jazzed by the energy of the crowd. I found my race corral after saying quick goodbyes to Organic Runner Dad and my Mom and Dad, leaving them to navigate the busy marathon crowds in hopes of seeing me along the course. The large number of runners felt a little overwhelming but was amazing and included men and women in uniform running in their fatigues and carrying American Flags.

Tell me your most “REAL” moments during a race. #RealWomenMove #SkirtSports

The first couple of miles were slow until the runners began to thin out. I settled into a pace which was fast but felt good. I was flying, carried by my fresh legs from a good taper and encouraged along by the cheering. The course was way flatter than what I was used to running in the hills of New Hampshire and Vermont but felt soooooo easy so I went with it throwing all smart pacing right out the window. BAD IDEA! I reached the halfway point with my fastest half marathon time ever. This was not good. I knew I need to reign things in but it was too late. I continued on starting to feel fatigued by the flat roads. My muscles were looking for some hills. Also, it had gotten hot and I was definitely not fueling right or hydrating properly. 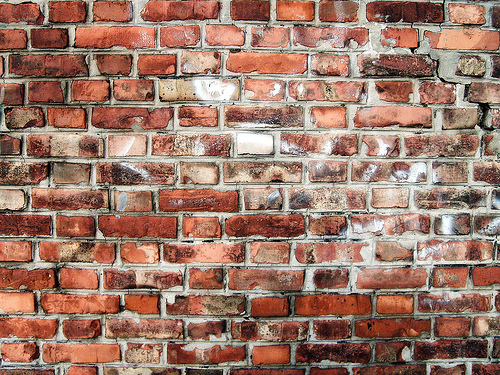 You have just hit the wall!

I have distinct memories of crossing over a bridge filled with runners and then seeing the worst thing ever. There was a person, dressed as a brick wall that said, “You’ve Just Hit the Wall!” And the reality was I was about to hit the wall and HARD! Things just became very REAL. I knew I was doomed. I saw this sign somewhere around 18 or 19 miles and then my body just started to quit on me. Cramps began in my hamstrings. I would stop, walk it out and stretch and then try to get moving again only to have a cramp appear in a different part of my legs. I was in trouble but didn’t want to drop out of the race. I needed to just suck it up and push through. I tried getting my hydration on track but it was too late. Those fast early miles had done me in. Other runners were so kind and offered me extra GU which I gladly accepted. I pressed on a a snails pace taking breaks to walk and stretch and pushed myself through the painful cramps. Finally I approached the end of the course which  ends with a torturous little uphill to the finish. I thought I would not make it.

I crossed the finish line running/hobbling and wasn’t sure I would be able to walk or run or move for that matter for days. I do not actually know how I made it to the finish line because there were times when I thought my legs wouldn’t move anymore. I was proud of myself for finishing the race and persevering until the end but I was disappointed in myself for not having any self-discipline and for allowing myself to run way to fast.

Have you had any of these “REAL” marathon moments during your time running marathons, half marathons or ultra races. Were you able to complete the race? Please share your story!