There are so many awesome benefits of running in the snow!

Written by organicrunnermom on February 6, 2014. Posted in Organic Runner Mom

Crunch! Crunch! The Sounds of running in the snow.

After high school in the suburbs of Philadelphia I headed to College at Colby College in Waterville, Maine where I was quickly initiated to New England winters and the joys (read my sarcasm) of winter training.  I was a rower in College which meant that in order to stay strong and fit for our spring racing season we would spend a ton of time running on the cold, snowy, and icy roads around the college campus. When I would go running in college it was not for the love of the run but a means to train my body for the rigors of becoming a fast rower.  Running was a means to an end.

After I left college I moved to New Hampshire (and Vermont for a little while) and discovered the joy of running to just to be a runner. I also developed a new my love for running in the winter (yes, you hear me correctly!). Running in the snow can be an adventure and even though people might think you are crazy when you head off for a run in the snow, I promise you, you will love it!

Did you know that running in the snow has added benefits? 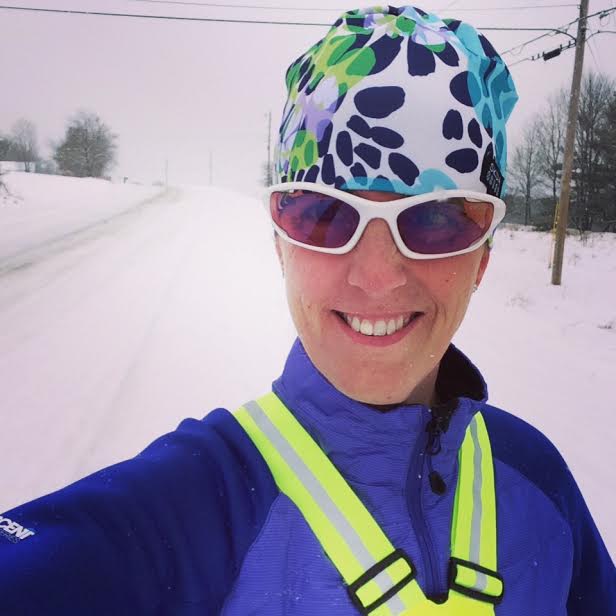 Running in the snow=one happy chick

So what are you waiting for! Go and get out there and enjoy the snow!