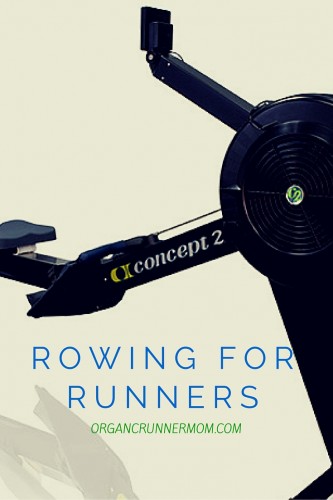 Did you know that rowing can benefit runners?

This morning I attended my first bootcamp session at a little gym near I live called Atlas Training Systems. On the board for bootcamp today were sets of rows 5×200 meters as a part of the rotation. Part of me was excited to get back on the rowing machine (ergometer) but the other part of me fully recalled the pain of rowing on the erg in short fast bursts with a high stroke rating. Long before I became obsessed with running I was obsessed with rowing. I began rowing my sophomore year in high school (the inaugural year for the team) at the Agnes Irwin School. We were fortunate to be able to row out of the Historic Philadelphia Girls Rowing Club on the Schuylkill River on Boathouse Row just outside Philadelphia. Once I started rowing I was hooked. Much of your time as a part of a crew time is spent doing rowing on beautiful lakes and rivers but behind the scenes during the off season, while weather is too crummy to row, or to test your strength and efficiency during erg tests we would spend mind-numbingly long hours rowing indoors. And then as a rowing coach I was able to  train my rowers on the ergs too! 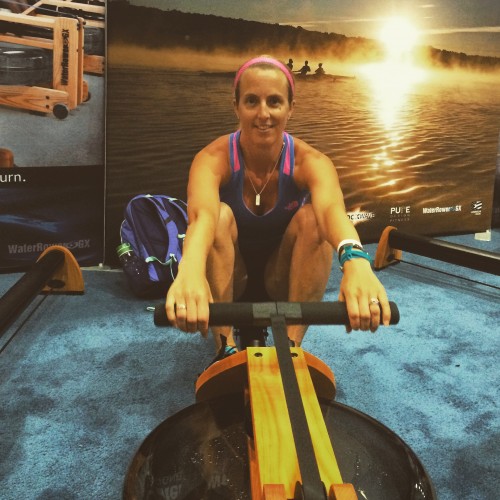 What I didn’t realize back then is that rowing would eventually give me a strong foundation for running and that rowing can be used as a means to get stronger to run too. Most people think that rowing requires only the strength of your back and arms. This is entirely untrue. Rowing requires the uses of all of your major muscle groups. Rowing will help you to build a stronger core as a foundation for running. Rowing works your whole body in one continuous motion. When you row you should be engaging all of the muscles in your legs as well as in your glutes!

What can rowing do for your running? Read to find out more! #rowing #running #fitfluential

While rowing does not mimic the motion of running you can get a great workout using a rowing machine such as a Concept II Ergometer or a Water Rower. Rowing is a great alternative to running when you are injured because it is low impact but you can still get an incredible aerobic or anaerobic workout. When you row it is important to learn proper form to ensure that you are using proper form so as to fully engage the muscles to maximize your power output. Be sure to ask someone for help! 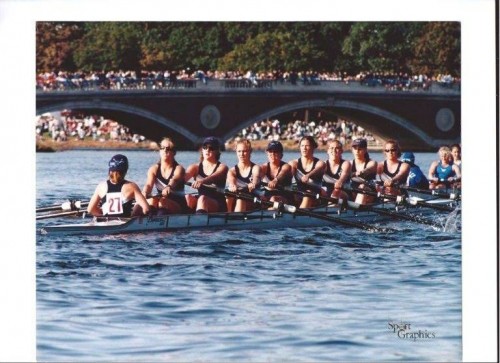 Rowing at the Head of the Charles for Colby College. Look, that’s me in stroke seat!

Rowing Workouts for the beginner:

For basic rowing form for the rowing machine check out these helpful videos posted by Concept2.

*disclaimer: I am not currently a rowing coach but coached rowing at the collegiate level for two years and was a competitive rower for 10 years. Please consult a physician before trying any new forms of exercise.