Written by organicrunnermom on September 14, 2014. Posted in Inspiration, motivation, Running 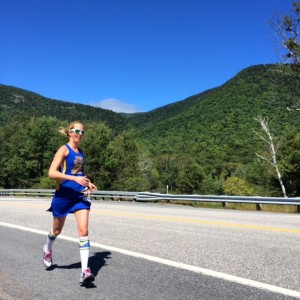 Well, I went from one racing adventure to the next. Last weekend I was racing my first triathlon, the Lobsterman Olympic Distance Triathlon. This week I was recruited at the last minute by Back of the Pack Runners to join their 12 person relay team for the New Balance Reach the Beach Relay. I have raced this relay 6 times before however had taken last year off due to the tendonitis in my foot and wasn’t originally planning to race this year either since The Lobsterman was the weekend before.  However with about a week to go I received a message from one of Organic Runner Dad’s cousins saying they were in desperate need of a 12th runner to complete their team. Somehow the stars aligned and I was able to be available on race day. Thankfully I have plenty of miles under my belt to race an event like this as I was handed 3 legs totalling 19.9 miles! 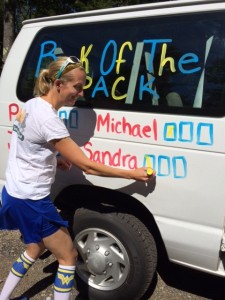 Checking off the miles with Back of the Pack Runners

I am so happy that I had the opportunity to race Reach the Beach again this year as it was a two day laughter and sweat filled adventure with an amazing running team.  Running an overnight relay brings out the craziness in people . . . in a good way. Running a relay adds the team element back into a sport that is typically a solo sport. The camaraderie that develops as you check of the miles is one of the best qualities about running Reach the Beach. As you ride and run 208 miles from Cannon Mountain the Hampton Beach, NH your van becomes a rolling “party” on wheels, you turn into a crazy cheerleader for your own runners and the many teams who share the road with you on their crazy quest. The race course is lined with flashing lights on runners in the middle of the night running determined to reach their “campsite” (a van, or a sleeping bag laid out if you are lucky enough you might even score a tent in tent city. 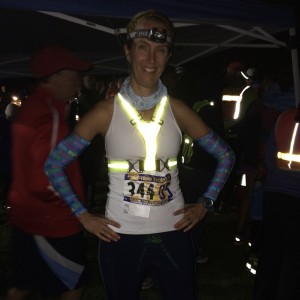 Ready to rock my 9.1 mile night leg at Reach the Beach

I am thankful to have had this awesome opportunity to race with the Back of the Pack Runners this weekend. Our team reached the beach in 31:03 and placed 85th out of 190 teams in the Freestyle Open Division.  The adventure is now behind me but the laughs and the new friends will be with me as I move forward.  There are already plans in the works to race again next year! 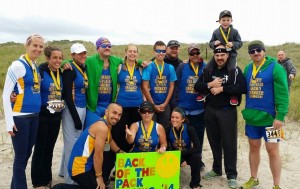 Team Back of the Pack Runners

If you raced the New Balance Reach the Beach Relay this year congratulations on making it to the beach! If not, you should definitely check out this unforgettable race! Have you ever raced a team relay event before? If so which one? 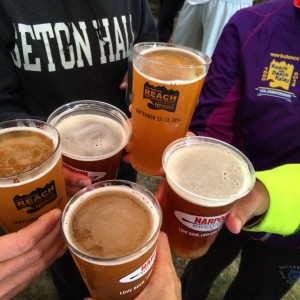