Written by organicrunnermom on February 15, 2016. Posted in Organic Runner Mom 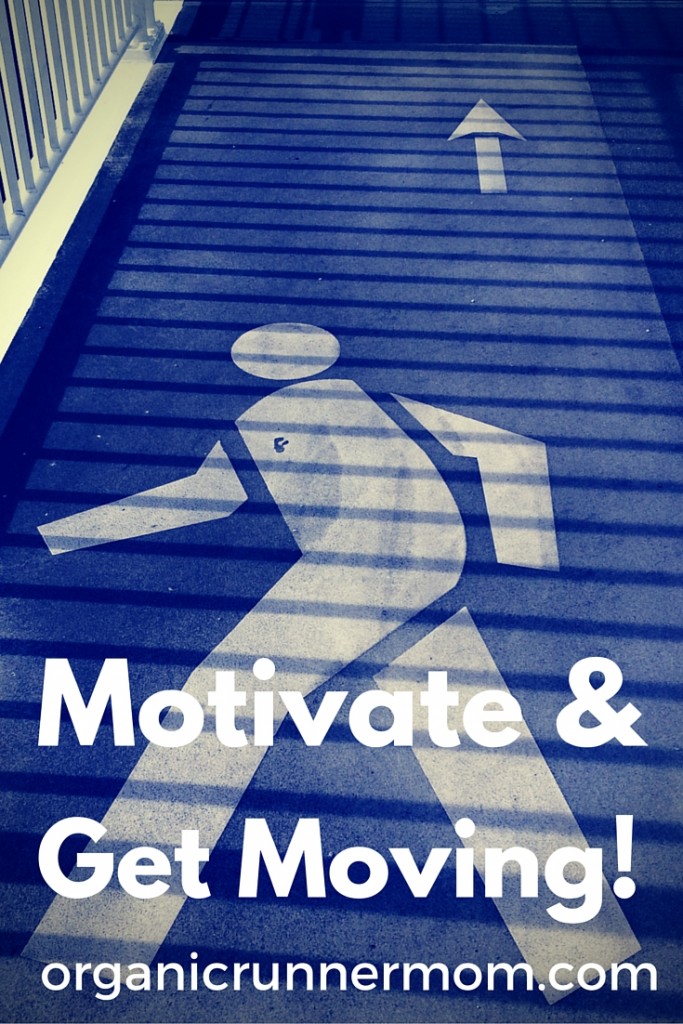 If you watched the marathon trials this weekend then I am guessing you have new motivation and goals. Watching the U.S. Olympic Marathon trials this weekend was one of the most inspiring sporting events that I have watched in recent memory. What played out in the women’s race between Nike training partners Shalane Flanagan and Amy Cragg was purely magical. Amy Cragg narrowly missed her shot at the Olympics in 2012 placing 4th. On Saturday however the race would be hers as she placed first. Shalane Flanagan also made the team in third dropping to her knees in sheer exhaustion and dehydration as she crossed the line. This pair of runners worked together throughout the entire race to make sure that they would both be a part of the Olympic team this summer in Rio. Running side by side perfectly in sync at times these women found their running rhythm together and at times looked almost perfectly in sync (as if in unison like rowers). There is power in training together and these women brought this to the race at the Trials. Somehow they were able to maintain a blistering place at the hottest Olympic Marathon trials on record and were able to help each other when the race became the most difficult. Amy Cragg showed such grace at the end of the race continuing to turn and check to make sure that Shalane was ok and to cheer her forward up until the last mile and a half where she kicked up the pace and raced to a well deserved first place. It was impossible not to feel moved when Cragg was cheering Flanagan into the finish to join her as a new member to the 2016 U.S. Marathon team. 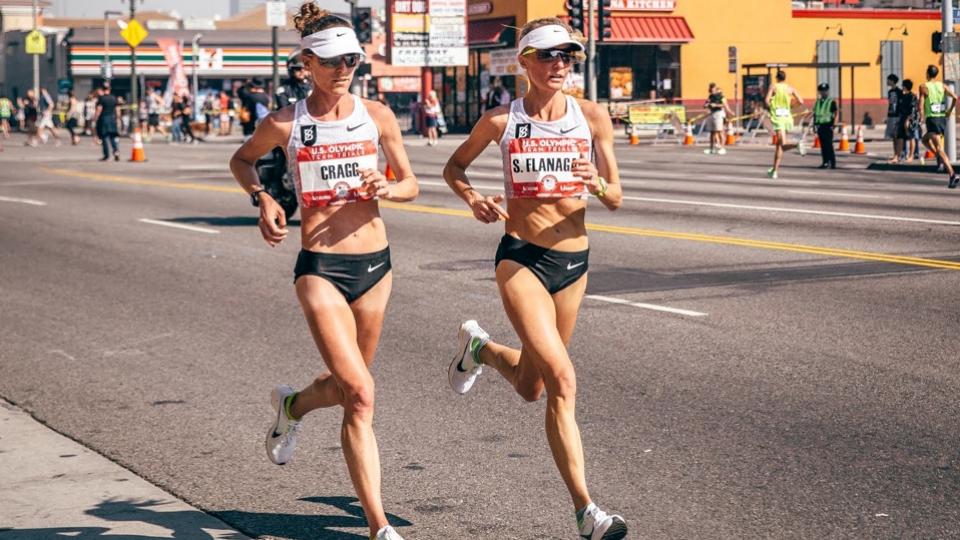 Runners in sync at the U.S,. Olympic Marathon Trials. Motivation.

I wondered as Shalane crossed the finish line collapsing if she was having some issues with dehydration. Towards the end of the race she struggled to hang on. Apparently dehydration was the culprit which began to take hold during the last 6 miles. After reading about what had happened in the Runner’s World piece, “Shalane Flanagan on Dehydration, Delirium, and Drama at the Olympic Trials,” I was reminded of my own awful experience with dehydration. Her descriptions about what it feels like were spot on to what I experienced in 2012 when I was trying to qualify for the Boston Marathon at the Vermont City Marathon. Dehydration can sneak up on you quickly and before you know it you  reach a point where drinking more fluids does absolutely nothing to help, you feel your skin start to prickle with chills and you almost begin to feel as though you are running in an out of body experience. I was lucky to have my friend Bridget with me when this occurred because she was able to help me to reach the end of the course safely before having to be carried to the med. tent for IV fluid replacement. For me the dehydration came as a result of going out too fast trying to maintain a pace that I couldn’t hold for the entire race, and the heat! Because I went out too fast I rapidly burned through my fuel and hydration leaving my body incapable of processing fluids and fuel starting around mile 18. For me this experience was an eye opener for the need to race smarter and to better adjust my hydration and fueling needs when the weather becomes hotter than expected. As an amateur athlete we must practice our fueling and hydration strategies as the elites do however we are not as fortunate to have teams of coaches and nutritionists to help out with planning. I will be curious to learn more about Shalane’s hydration strategies for the Rio Olympics where the weather will be hot and humid. 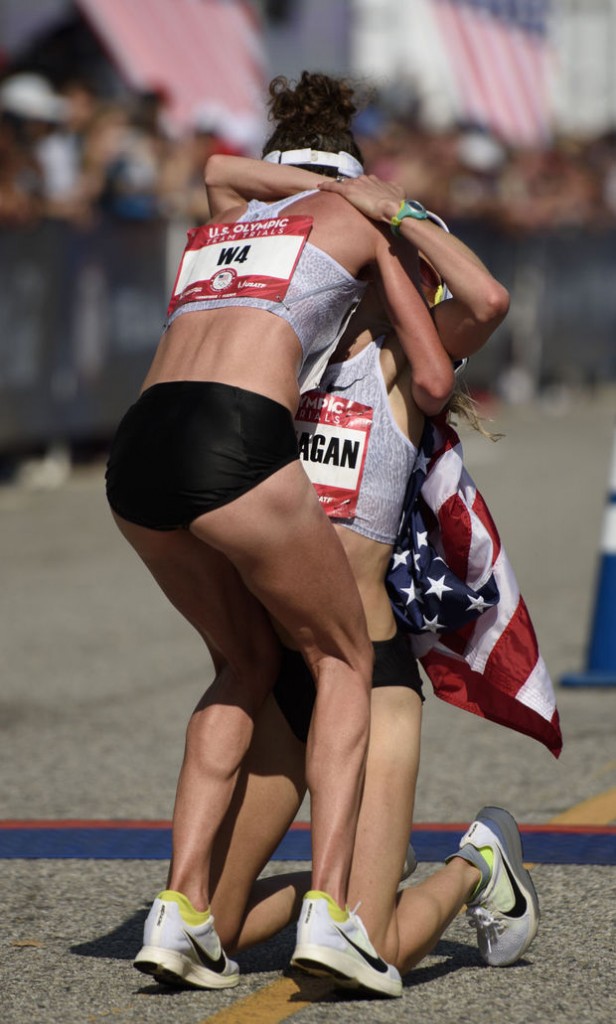 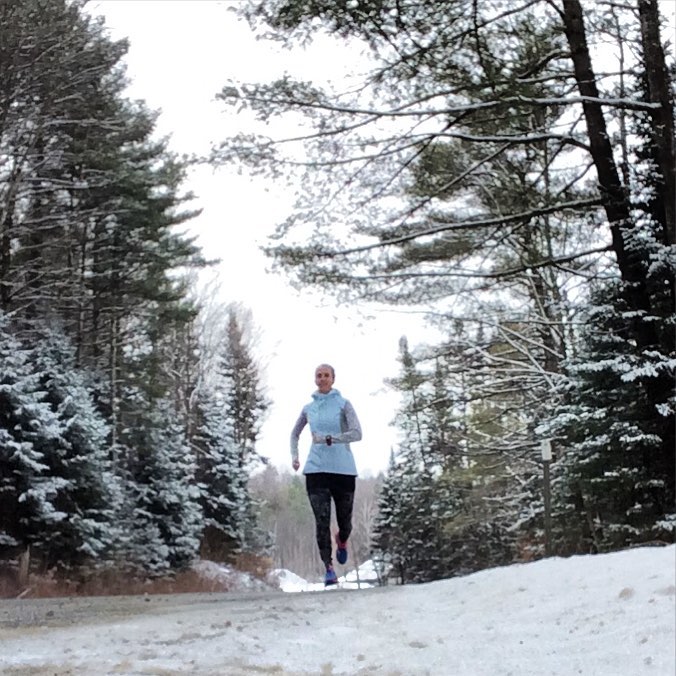 Despite the ridiculously cold weather this weekend my Boston Marathon training has been spot on. I have been working extra hard to train consistently and to follow my schedule to a T. I have been feeling extra inspired to run lately. There has been so much excitement surrounding the Olympic Marathon Trials and also because I am finding that Bootcamp is paying off with newfound strength. I am feeling so much stronger in my legs that it is taking longer before I start feeling muscle fatigue. I am also feeling way more confident about my core strength which was of huge concern last year when I was having so much back trouble. The days that I have bootcamp are also days that I have hard midweek runs. I love this challenge because I am teaching my body to work through fatigue on these runs.

Even though the weekend temperatures were brutal I can’t complain about the weather this training cycle because I have been able to do some amazing winter runs outdoors this year without the need for tons of layers. This is definitely helping me to keep my motivation up! I did retreat to the treadmill this weekend for my workouts because the windchills were dropping the temps in our area to -36 degrees, the kind of cold where your skin immediately hurts because it is so cold and where your nose immediately freezes (frozen boogers=seriously uncomfortable). I sometimes have this weird problem with itchy red welts like hives developing on areas of skin that aren’t covered in enough layers that itch like crazy when I run in this kind of cold (anyone else suffer from this?). Running on the treadmill when it is this cold has its own challenges. My treadmill is on an unheated porch so I essentially have to dress for the outdoors, hat, gloves and all (just thing of the porch as a giant windbreaker). My treadmill is not a fan of the cold which means the screen doesn’t always function which made my pacing for the progression run a little tricky. The belt also takes about ten minutes to warm up before it stops catching and squealing. Despite those minor issues I had two great treadmill runs and with the temps warming up this week I’ll be back outside in no time! 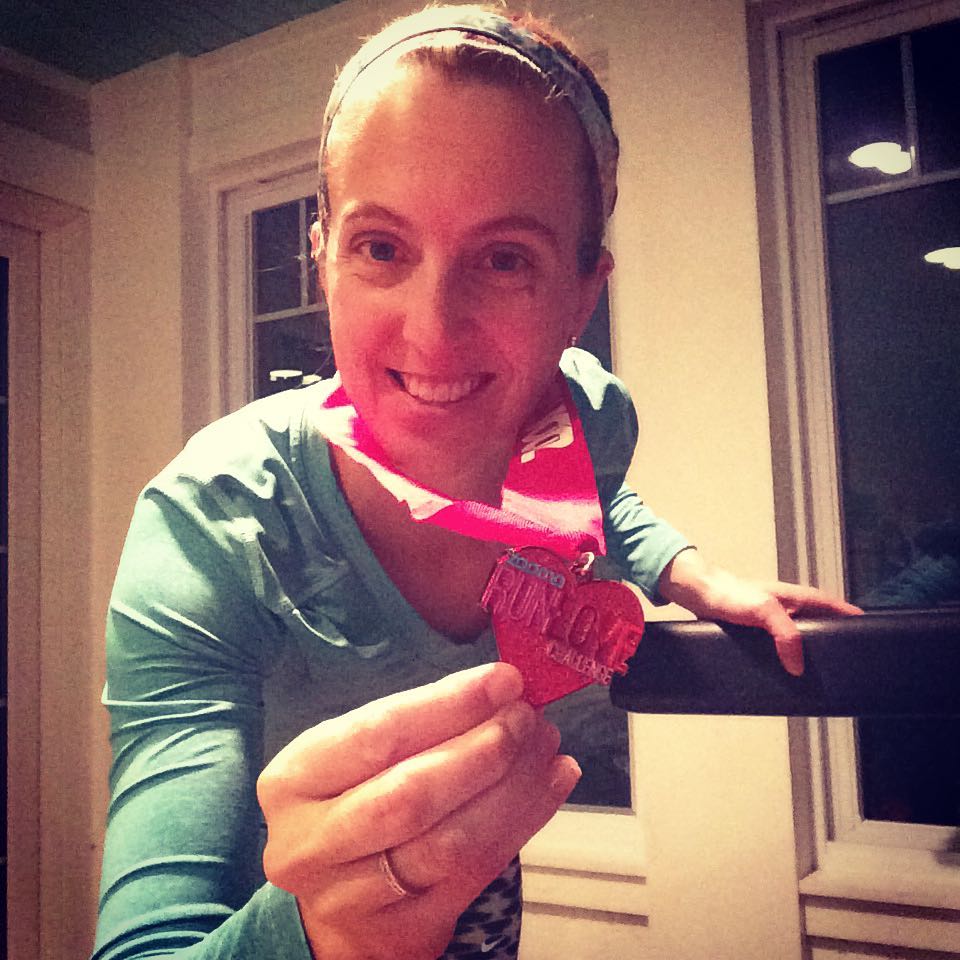 The treadmill miles that I completed were also a completion of the first ZOOMA Run Love Challenge. Since I am in the midst of Boston Marathon Training with Team Stonyfield I decided to stay the course and stick to my mileage plan without adding in any additional mileage. 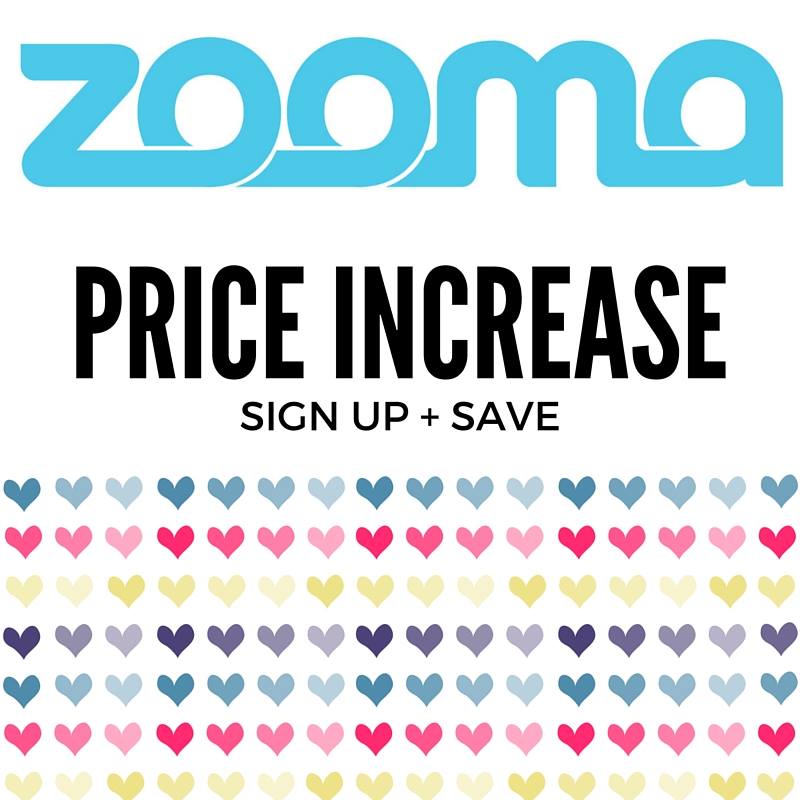 Looking for a great race-cation? Register for any of the awesome ZOOMA Women’s Race Series races soon before the price increase and use my code:SANDRA16 at checkout for 10% of race entry fees. Check out the ZOOMA race WEBSITE HERE to enter,

Did you find some new motivation this weekend? Did you watch the U.S. Olympic Marathon Trials? What did you think? How is your training going?