Written by organicrunnermom on June 1, 2015. Posted in Inspiration, motivation 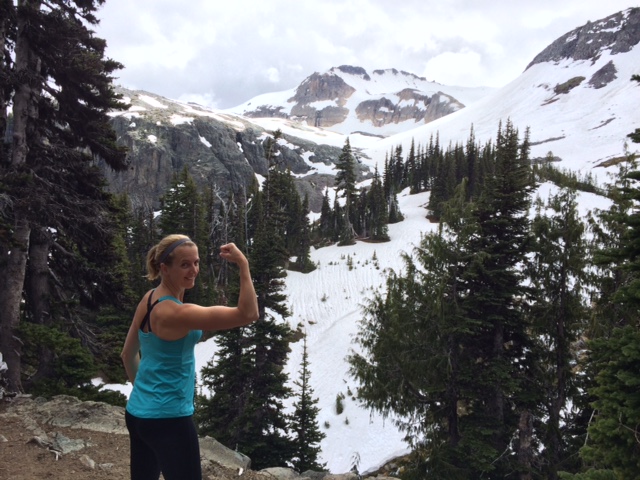 Motivation. Conquer something that you are afraid of!

Last week I was able to sneak away for a few days to the Seattle area with Organic Runner Dad. I had only ever traveled to Seattle once before when I was newly pregnant with my son. During that trip I spent most of the time feeling green from new morning sickness and feelings of vertigo. Now five years later I was excited to go back and to fully enjoy everything that the Seattle area has to offer. We spent a some time exploring the city and some time out on the trails and in the mountains enjoying the beauty that Washington has to offer. Organic Runner Dad loves finding new trails to check out so I left the planning up to him. He is famous for finding great adventures that always have a little unexpected twist to him. I am typically not a risk taker so am always a little nervous about what awaits me out on the trails but I am learning to just go with it.

On our third day of the trip we packed our our minimal gear and set out for Rainier National Park. Organic Runner Dad had picked the Summerland trail in the Fryingpan Valley. The Summerland trail is a part of the Wonderland Trail. At the end of this section of the trail you will see “Ohanapecosh Park stretched out to the south, with the spires of the Cowlitz Chimneys punctuating the eastern skyline and massive Mount Rainier towering over it all to the west.” (Source).  We were lucky to be able to hike in this area at this time of year. Due to very disappointing snowfall in the area during the winter the trail was actually open for hiking all the way to the top. usually at this time of year the water crossings are impassable and the snow too deep. We were also fortunate to be hiking at this time of year because the trail being one of the parks most popular was almost empty. We felt like we had the trail to ourselves other than seeing a volunteer park ranger and a few other hikers.

The trail started off in cool woods with enormous trees. The woods were magical like the woods that our children dream of with “fairy houses” built into the base of many of the wide tree trunks. A carpet of soft moss covered much of the woods and the tree branches were brushed with moss that looked like velvet. The trail was so spectacular that much of our hiking was in silence. as we traveled through the woods. As the trail wound along through the woods occasional openings revealed avalanche chutes and spectacular vistas.

We finally reached the Fryingpan Creek Crossing which consists of a log with a handrail on one side. This is where I began to feel somewhat unsure and nervous. I have some fear of heights and this kind of crossing gets the adrenaline crossing. With the encouragement of Organic Runner Dad I made it across only to realize that right on the other side of the log the water drops off in a significant waterfall. Phew! Thankfully I had not seen that on my way across or I may have ended up frozen in place, stuck on the log.

After crossing the creek we headed along the trail which quickly turned from soft dirt to snowpack. Hmm . . . I was skeptical at this point. But, we continued on. At this point the trail turned into a series of switchbacks which crossing the trail while ascending the mountain. this part of the trail started out as dirt but then quickly changed to snow again . . . snow on a winding, narrowing trail with a significant pitch. The snow was piled high into slippery ledges. I was thankful for the small trees growing next to the trail because not only were they pretty but they gave me something to hold onto. We encountered a group of three women and two men coming down the trail. The men told us they had not made it to the top . . . the women agreed that the hike was a little treacherous at this point and I could see that one woman especially was becoming nervous about the slippery snow and steep climb. At that point the group passed and we continued to the next snowy point on the trail. My nerves had kicked in and the adrenaline was pumping. After much coaxing and thoughts of turning around at this point I decided I would put my head down, grit my teeth and continue on. I was afraid. I knew my husband would be bummed if we didn’t make it to the top andI knew that I would also feel great disappointment. Moving on past this point took some serious motivation!

I treated the trail as I did when I overcame my fear of the climbing wall. I kept my eyes down, following Organic Runner Dad’s footsteps and not looking down the mountain. I was fearful and felt my heart racing and my breath quickening. I don’t remember much about the view from this point until we reached the open mountain meadow. My only goal became to continue on and to defeat my fear. Finally after much trepidation, perhaps a few expletives, and definitely additional perspiration  the trail began to level out and we arrived in a gorgeous open meadow still covered in snow. We were too early for the spring wildflowers but the views were incredible with Mt. Rainier peaking out from behind the clouds. At the top we discovered a small summit camp and boulders to sit on to enjoy our lunch and a few well trained woodland visitors, a pair of chipmunks scouting for food.

This hike was well worth the views, the adventure and the challenge. I am so proud of myself for making it up to the top and for choosing to not back down when the hike became challenging. Organic Runner Dad was an incredible hiking partner and helped me through the tough parts of the hike encouraging me and allowing me to take my time. My pride in accomplishment truly set in after we had passed through the more challenging parts of the descent on the way back down. The descent may have been  more challenging on the way down through the slippery snow covered switchbacks than the ascent. I am happy that I pushed my boundaries  and allowed myself to go a little further.

When was the last time you conquered something that you were afraid of? #Mondaymotivation

When was the last time you overcame a challenge? What are you afraid of and what strategies do you have for overcoming your fears? 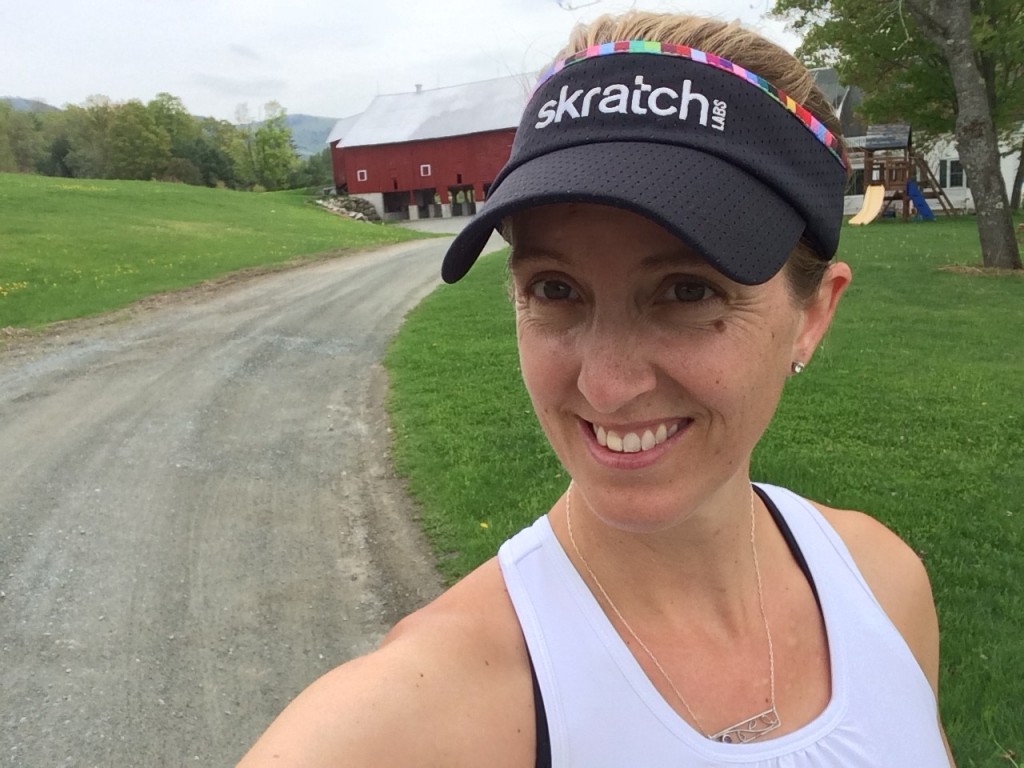