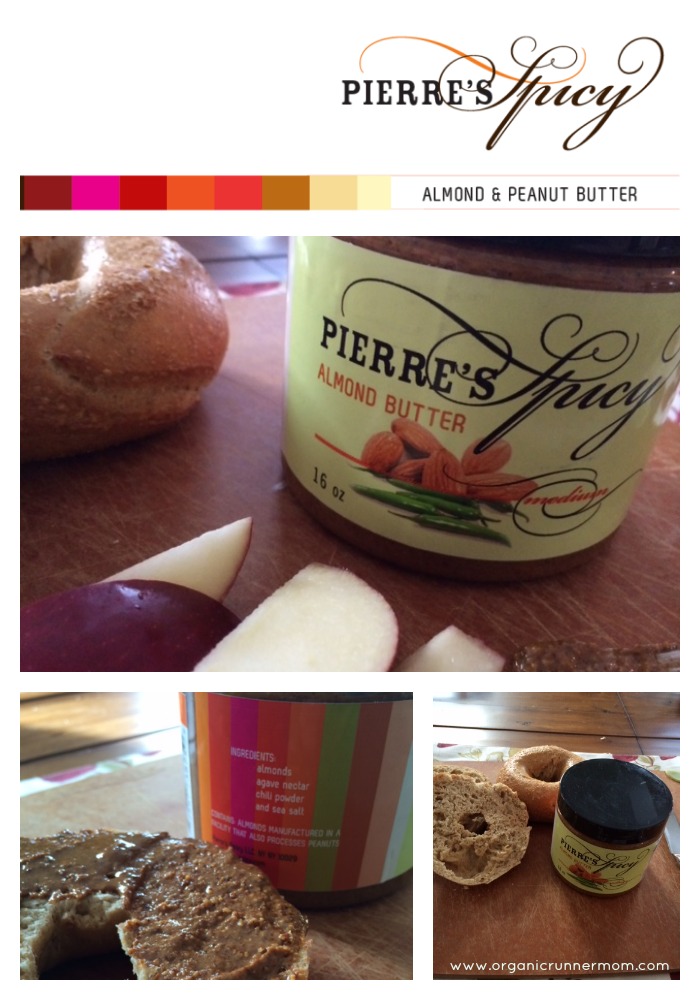 Wow! I’d like to introduce you to Pierre’s Spicy Almond & Peanut Butters. When fellow runner and marathon nut Ivy (also a Boston Marathoner) asked me if I’d like to sample Pierre’s Spicy Nut Butters of course I said, yes!  Pierre took almond and peanut butters and raised them to a whole new level by adding a kick to the boring nut butters from your childhood. This is definitely grown up almond & peanut butter.

The story behind Pierre’s Spicy

Pierre’s Spicy is a specialty nut butter company that creates small batch almond and peanut butters.  Pierre, the Founder, started Pierre’s Spicy in 2012 in his kitchen.  He wanted to create flavored nut butters that were reminiscent of the spicy peanut butter from his childhood, Mamba (‘mum-bah’) from his home in Haiti.  Pierre found that there were many sweet nut butters on the market but not many that were savory and spicy.  Pierre is an avid athlete originally a volleyball player with the American team at the Junior Olympics but now enjoys running and has shared his spicy nut butters with his running friends. Pierre’s Spicy is perfect for the running crowd with a healthy fat content and high quality protein. The heat in Pierre’s Spicy might just give your run that kick that it needs for you to get moving!

This product is great because the ingredient list is simple:

I tried the medium almond and medium peanut butters as I am not sure that my tastebuds could handle the hot. The almond butter has a nice smooth texture. The salt and heat give you some warmth at the end. the peanut butter is just as delicious! I love eating Pierre’s Spicy Nut Butters on a bagel or some delicious homemade toast or with some apple or banana slices. This 16 ounce jar is definitely not going to last long in my house!  You can find a recipe for Spicy Nut Noodles on their website and you can now order your very own Pierre’s Spicy to try! This would make a great stocking stuffer for the foodie in your life!

You now also have a chance to win  a 16 ounce jar of Pierre’s Spicy Almond Butter (Medium) to enjoy and spice up your life! Just enter below and please share with a friend!

Happy healthy eating on the run this week!