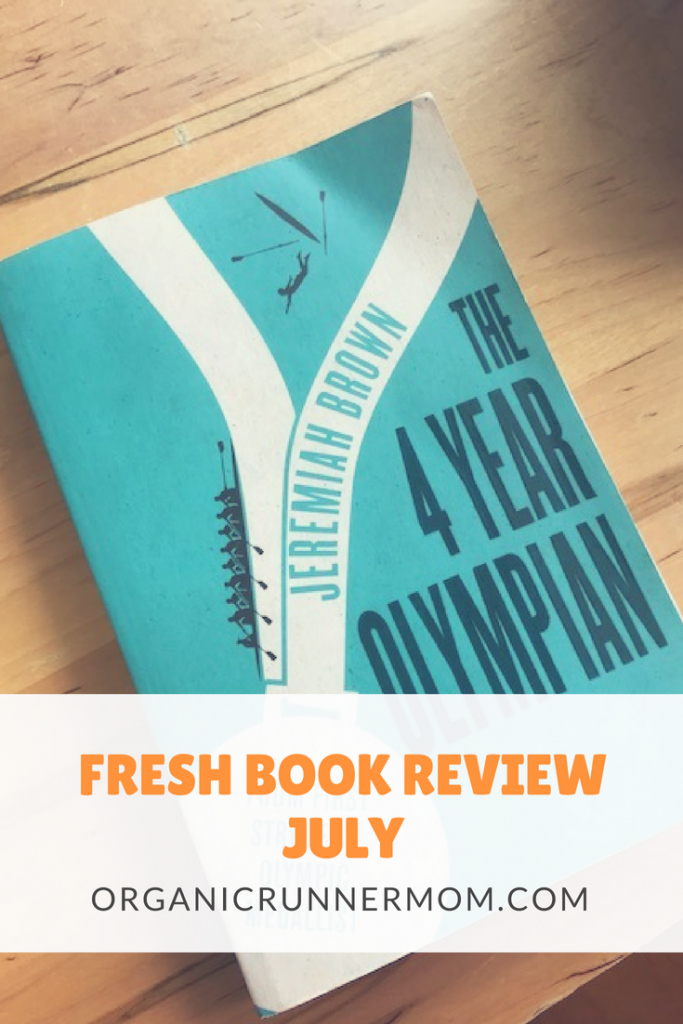 *Disclaimer: I was sent the book The 4 Year Olympian by Jeremiah Brown for my review. All opinions expressed here are my own.

It’s time to start something new on the blog. Starting now I will be doing a Fresh Book Review Once a Month (perhaps more frequently if I am super motivated). Each month I will showcase a book that has been inspiring to me in some way and I will also be reviewing cookbooks as well.

The first book up for review is The 4 Year Olympian: From First Stroke to Olympic Medallist by Jeremiah Brown. If you didn’t already know it I am a former rower. Rowing was truly one of my first loves in sport . . . an obsession if you will while I was in high school and college and for the first few years after college until running took over.

This book chronicles the journey of Jeremiah Brown, a Canadian, once a football player, who has a brush with the law at a young age, decides he wants to go to the Olympics as a rower. Jeremiah or Jerry as he is often referred to in the book has never picked up an oar yet sets his sights on the Olympic podium in rowing. He begins his quest after college by renting a single rowing shell and attempting to teach himself how to row first with no team experience. The single is one of the most challenging ways to get started as they are extremely tippy and involve a lot of finesse of technique to be able to go fast.  What Jerry has going for him is his size and also the size of his spirit and will to succeed in making the Canadian National Team.

This is a powerful story of determination to change from an individual into a successful member of the Canadian Men’s Heavyweight Eight. When you row in an eight you must establish trust in your fellow boat mates, be willing to give everything for your teammates and be able to meld with them into one strong, fluid and dynamic machine on the water. Jerry shares every detail of his journey from the struggles of training hard while holding down a full-time job, as a dad, and  to finally being selected to train for the National Team. He tells of the nitty-gritty of how much pain is involved in every day training from ripping your hands open from taking repeated strokes, to the pain of the erg (rowing machine) trying to best your own time as well as that of your teammates. He details training in the cold when the boat just can’t manage to get into a rhythm to the moments of shear perfection like when the Canadian National Team Eight set a World Record time during a heat at the World Championships.

Reading this book makes me want to go out and chase my own goals. Jerry Brown’s story of reinvention and pure desire to take himself from novice rower to elite, Olympic silver medallist in under 4 years shows the power of believing in yourself to become something that you desire. His story offers humor and a glimpse into the toughness of the human soul. He spends his first days rowing upside down in the water as his boat has tipped over and later shares the smooth strokes and the feeling of being one when all of the technique and power of each rower comes together under the commands of the coxswain. You will enjoy the sharing of his inner monologue from each practice and each stroke, a glimpse at what it takes to become great!

What is your favorite book that you have read lately?