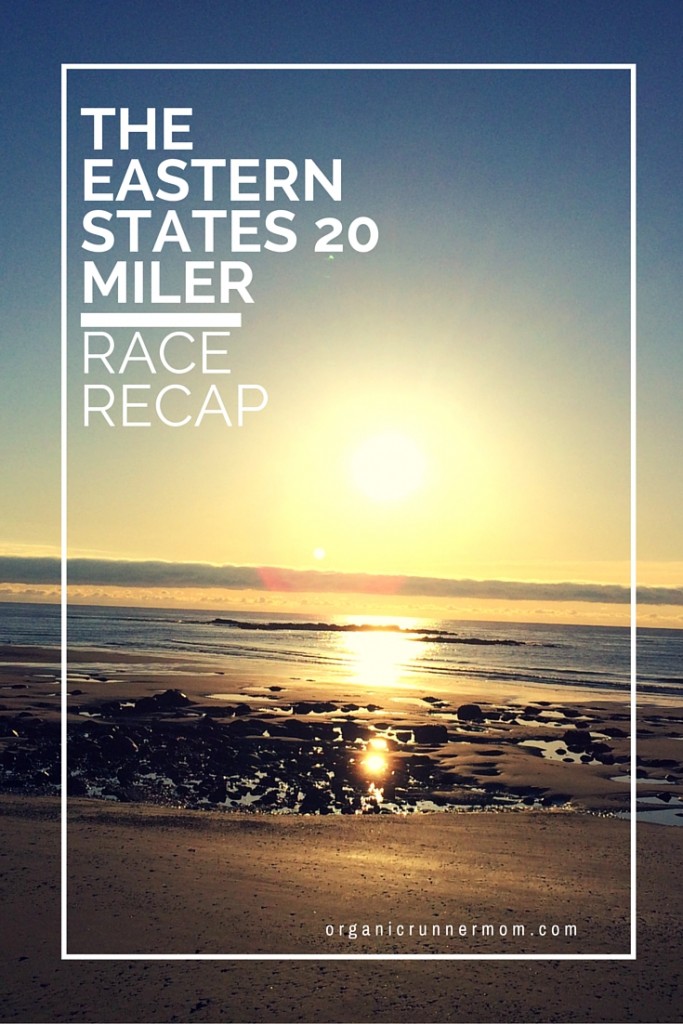 This weekend I ran the Eastern States 20 Miler as my last long training run before the Boston Marathon.  The last time I ran this race was in 2013 prior to the Boston Marathon. I was much happier to run t this time because I had an awesome friend to spend the weekend with. Sarah from Run Far Girl  and I, both running for Team Stonyfield at the 2016 Boston Marathon had both planned to run this race as a part of our training. Sarah was kind enough to invite me to stay with her in Wells, Maine at her family beach house (same location as the Rise. Run. Retreat). It was so great to be able to hang out with another runner, blogger and mom. We had a blast sharing parenting stories, running stories and talking about blogging too of course. 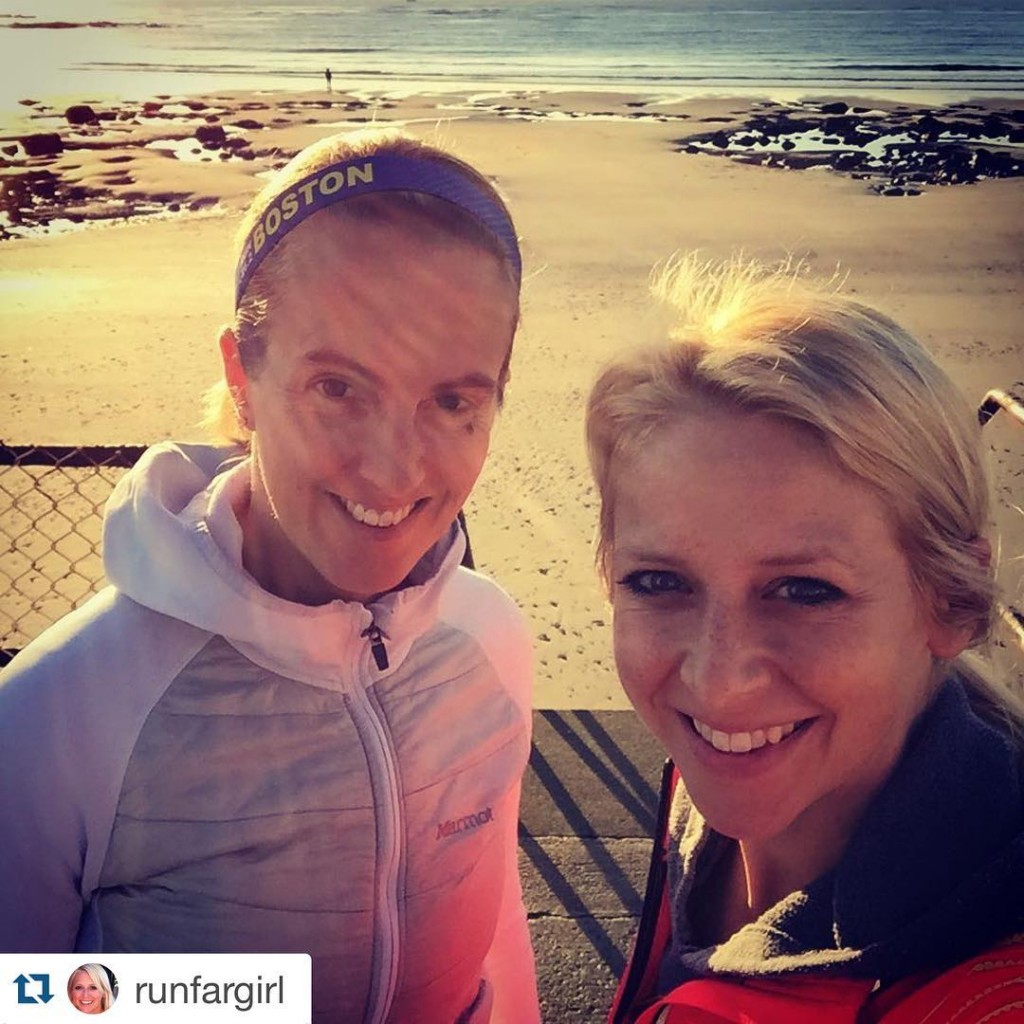 At the beach in Wells

We got up early on race morning so that we could head to Kittery, Maine to pick up our race bibs and to catch the bus to the start. I was happy that Sarah is like me and likes to get to races early. We may have left the house a tad early as they hadn’t even started handing out race numbers when we got to the high school gym however it was kind of nice to have some time to relax and take in the race day atmosphere. This will be kind of like marathon Monday too where there is a lot of hurry up and wait time taking the buses and then hanging out in the Athlete’s Village. We were a little punchy and joked around and shared more stories and enjoyed a little local “celebrity” when we were recognized for our blogs. Pretty cool to know that my little blog might be helping to inspire another runner! 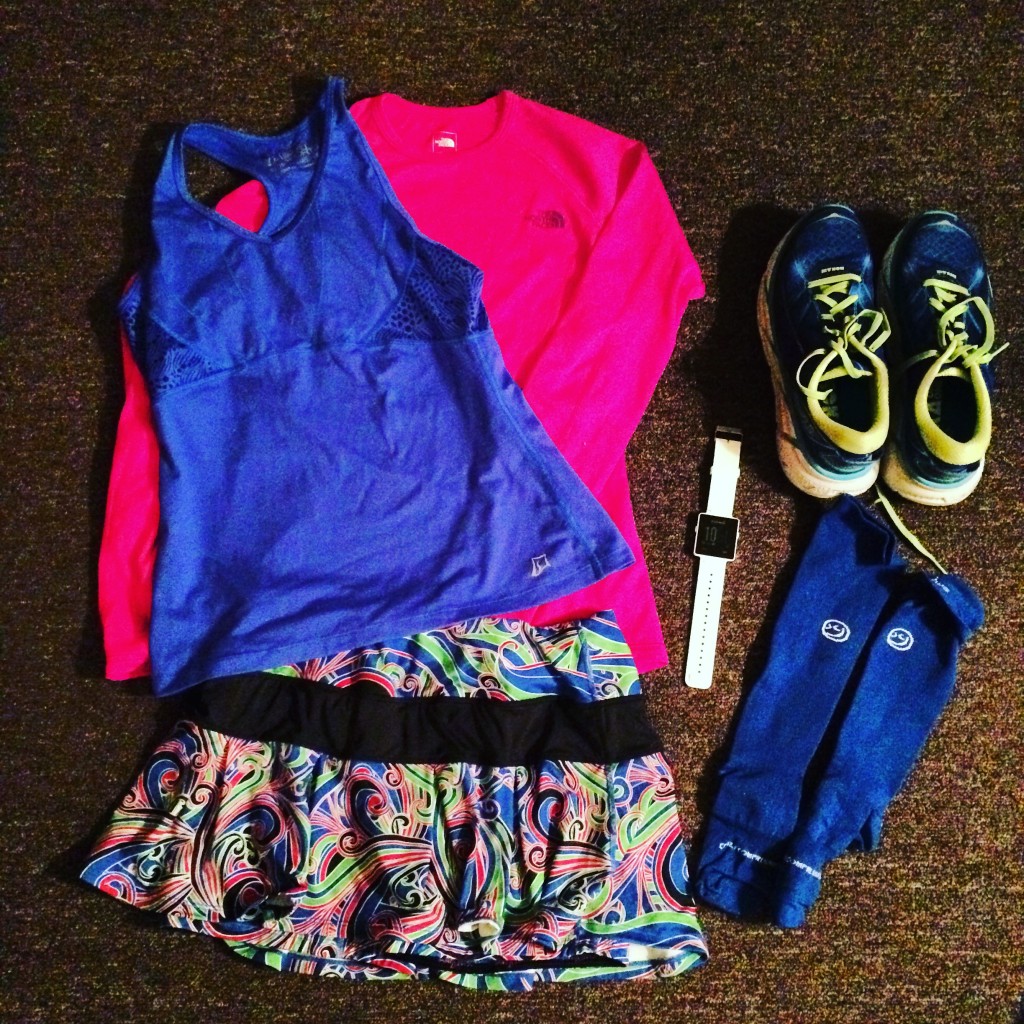 While we waited we got to meet Rick and Dick Hoyt. Another member of Team Hoyt would be pushing Rick during the race which was inspiring to see. Rick and Dick Hoyt have raced over 100 races together as father and son and according to their website:

“2013 was going to be Dick and Rick’s last Boston Marathon together, but they were not able to finish due to the bombings. They vowed to be back in 2014 to finish “Boston Strong” with all the other runners, which they did; stopping many times along the 26.2 distance to take photos and shake hands of the many well wishers, and finishing with several of the runners from their Hoyt Foundation Boston Marathon team.”

Team Hoyt will also be in Boston at the marathon this year along with many who run for Team Hoyt. During the race I ended up running much of the course with Team Hoyt member Chris Russell who also has a Podcast called, “Run, Run, Live.” 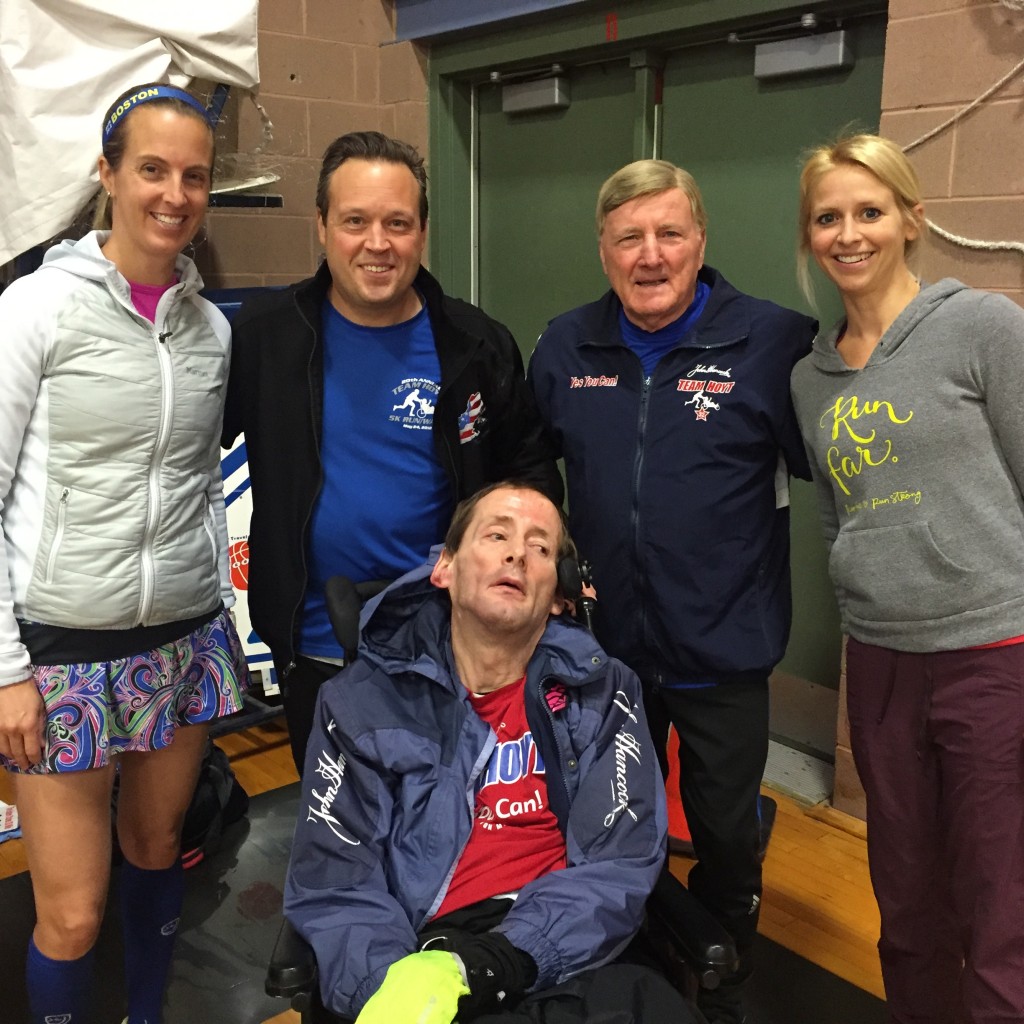 After all of the waiting we headed outside to check our gear bags and to make a final determination about what to wear. The weather was gorgeous! It was sunny, in the mid 40’s with some wind which became a bit of a tail wind as we raced. Sarah convinced me to ditch my long-sleeve shirt in favor of my tank and arm sleeves. This was a great decision except for the fact that I forgot sunscreen and am now featuring a reverse farmer’s tan (tan on my shoulders to just above my bicep, nice!). We jogged to the starting line just to get the legs moving a bit and lined up to run in the sea of people. 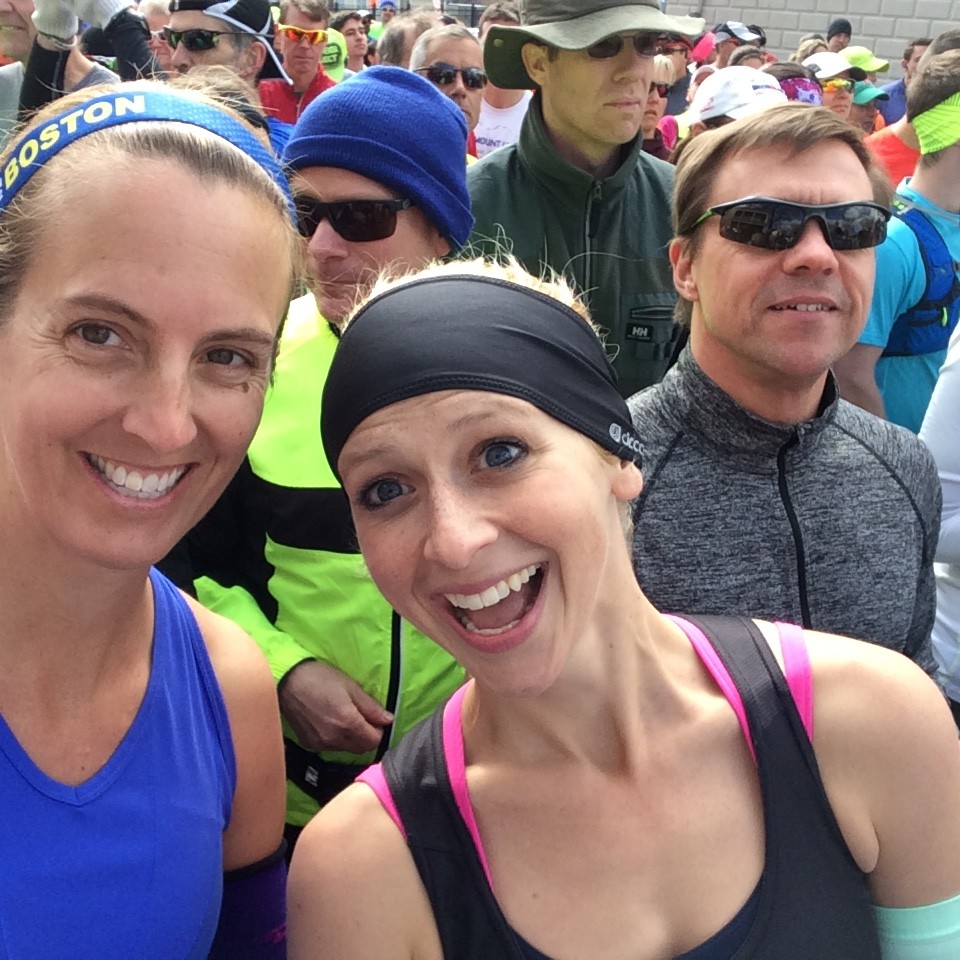 The race start was a little disorganized. The runners all lined up and then we were told that we would need to file through a narrow set of cones in order to step across the timing mat. Sarah and I said our good lucks to each other and got ready to run knowing we most likely wouldn’t be running together. There was a quiet ready, set go, and then we were off. I started my watch a little early which was slightly annoying as we ran as each mile ticked off a little early on my watch . . .oh well. When we got running I was surprised because my calf that had been acting up all of the previous week didn’t bother me at all. Chiropractic adjustment and some days of rest had definitely helped.

This race course is great because it is mostly flat running through Maine, New Hampshire, and Massachusetts right along the spectacular Seacoast. I have been doing most of my running near my house which is incredibly hilly so running here was a treat! When we started out I felt great, relaxed breathing, rested legs, so I tried to control my pace around 8:00 min/mile pace. There were so many strong runners on the course and I ended up connecting with Chris from Team Hoyt who was running a similar pace. We ran together for several miles and chatted which made the miles pass more quickly after awhile we separated and I spent a long time running in a small group who were training for Boston and other spring marathons. The pace was so even and it was easy to just get in a rhythm and run. I kept reminding myself to keep my body and breathing relaxed and focused on other runners who seemed relaxed. I also thought about the race as 4 5 milers as this was a good way to break up the distance. My pacing was definitely faster than planned (not sure that this was a good idea and hoping I can replicate this run in Boston). My race pace was comfortably below 8:00 minute/mile pace, something I had never run before for 20 miles. 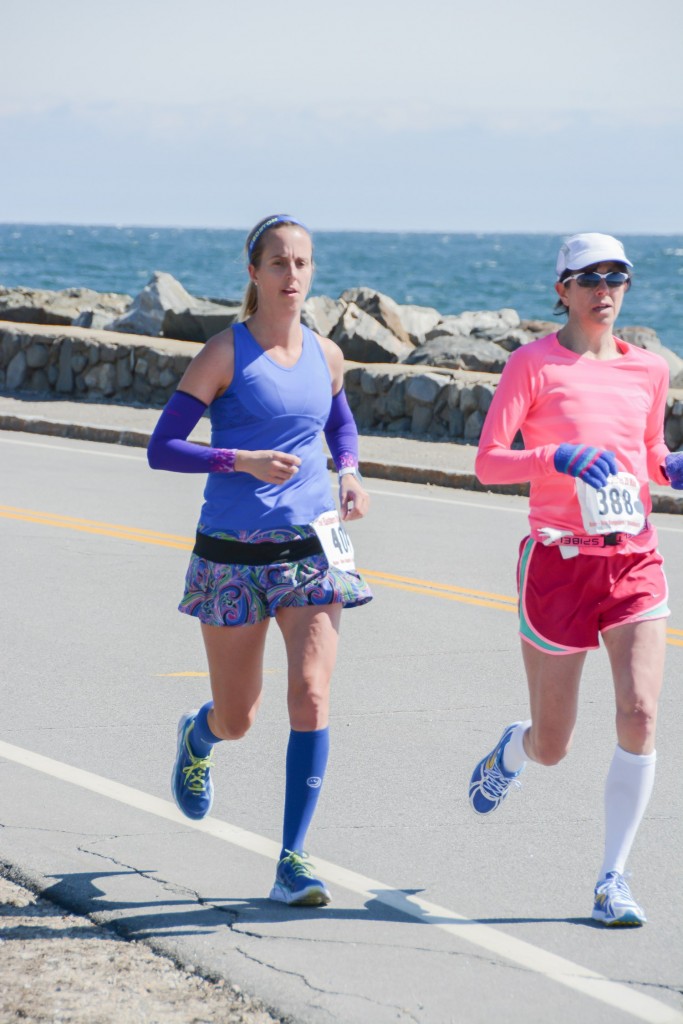 Before the race I had loaded up on oatmeal with a banana and two fried eggs for breakfast, followed by cream cheese on a bagel about an hour before the race. Before the race started I had one Clif Organic Energy pouch (Banana, Mango Coconut). During the race I fueled with water and gatorade that was provided on the course and I took 3 GU packets, Jet Blackberry with Caffeine. I definitely lost a lot of salt during the race (I looked like a salt lick when we finished!) and probably should have consumed one more GU and/or an endurolyte. With the wind and the sun and a temp close to 50 I definitely lost more fluids than expected during the run. 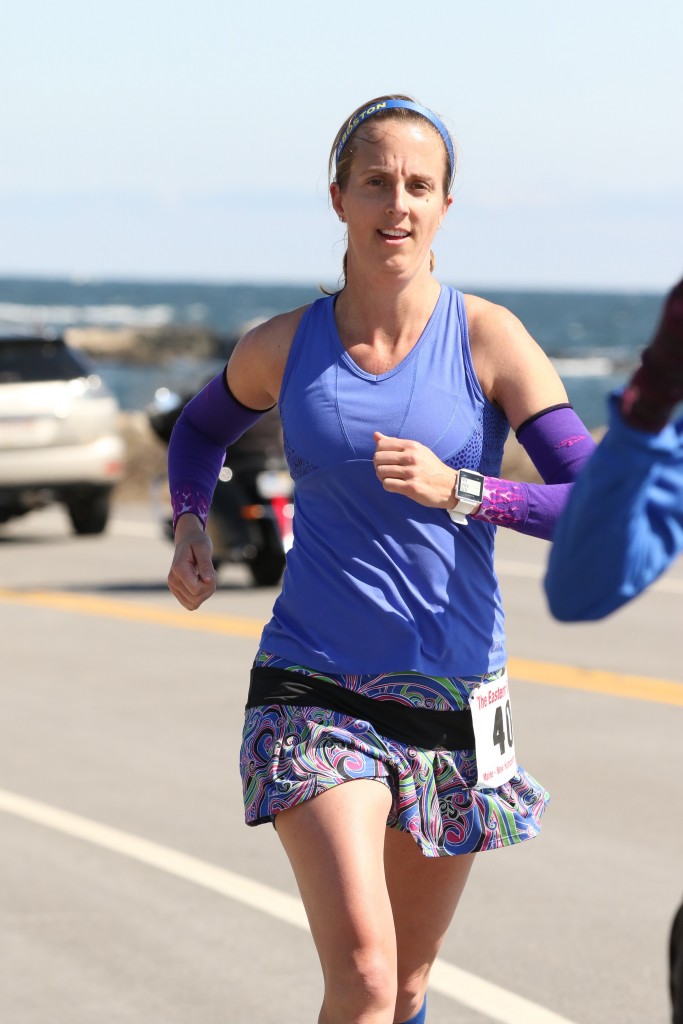 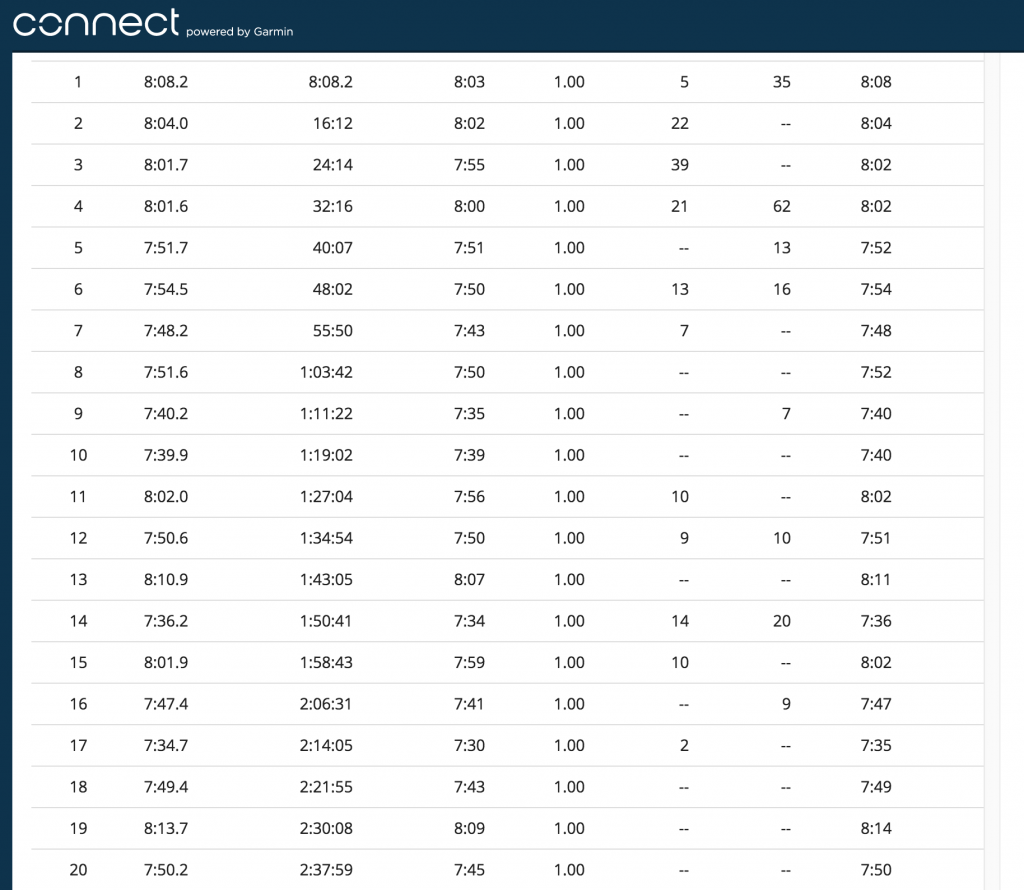 The second half of the race went smoothly. Chris from Team Hoyt caught back up to me and I ran near him for the remaining 5 miles of the race focusing on keeping strong splits. I had one minor bump in the road when my right calf seized up at around mile 18.5 (nooooo!) I worked through it for the remainder of the mile and was able to drop my splits back down for the last mile. Words of encouragement from Chris to keep pushing onward helped inspire me to run strong. I felt exhausted at the finish but also proud of my finish time as it was my fastest 20 miler ever.I was surprised too to discover that I had finished 29/207 in the women’s open division! 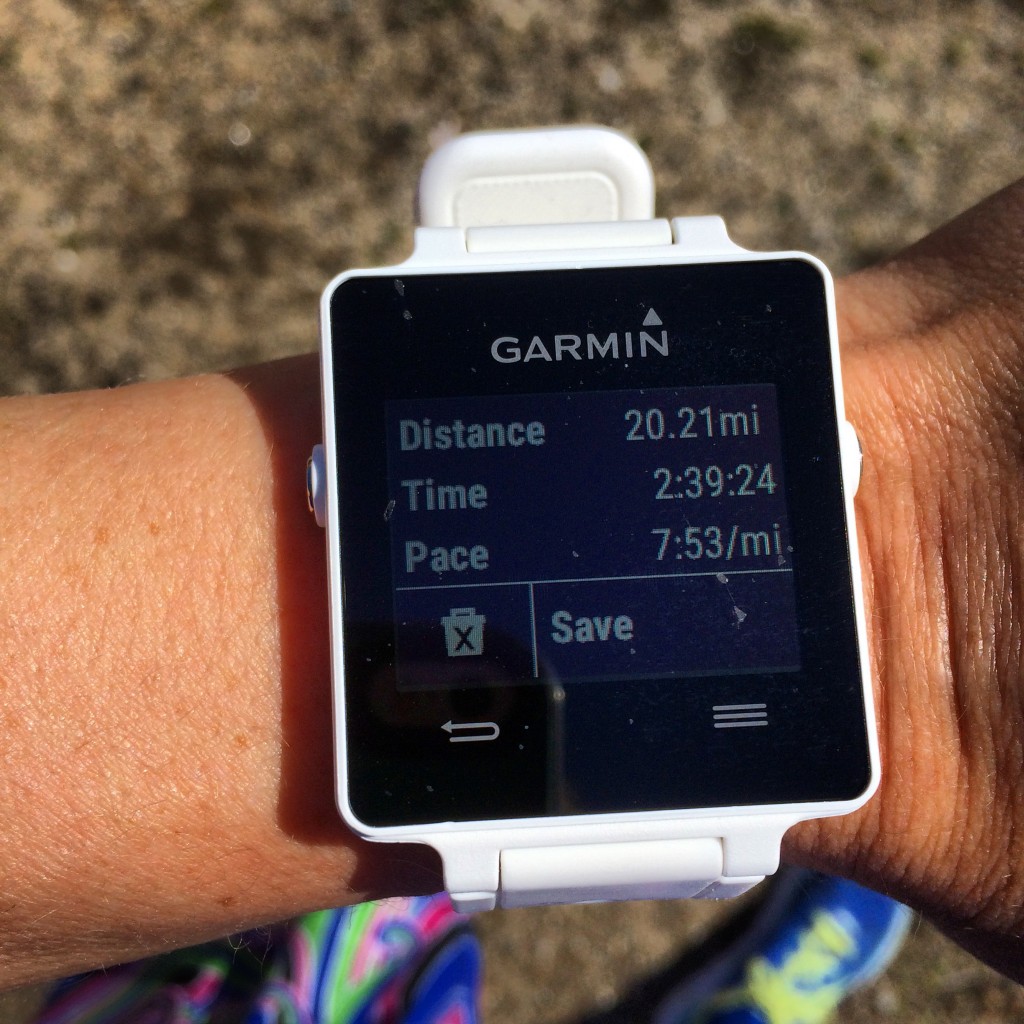 Here is my final time on my watch, the split time varies a bit . . .

I was so happy to find Sarah at the finish! She had run an amazing run with negative splits the second half and an incredible 16 place finish with a time of 2:33.15!!! 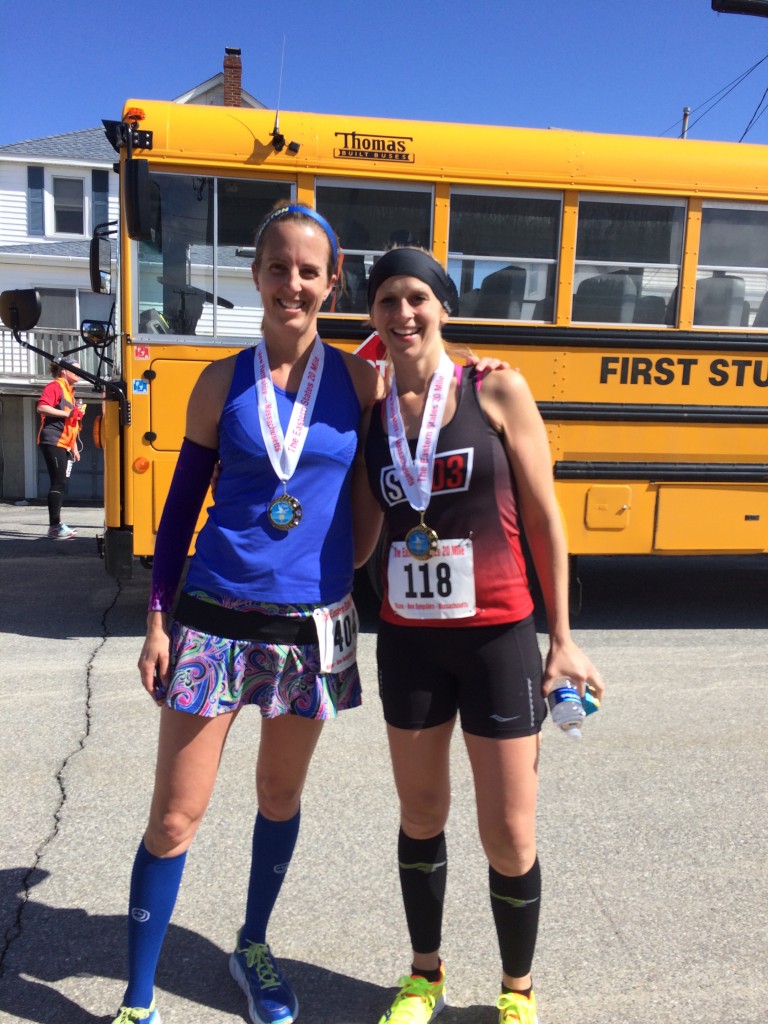 Organic Runner Mom and Run Far Girl at the finish!

What a spectacular day! Sarah and I are both so excited to be running for Team Stonyfield at the Boston Marathon! We are both feeling encouraged by the way we ran on Saturday. The Eastern States 20 Miler is a fantastic race if you are training for a spring marathon. the runners are all very focused and the course is gorgeous! Now there are 3 weeks to go until the Boston Marathon. My training will be dialing back a little bit as we are now heading into the taper. My legs are tired but feel better after a 50 minute base run yesterday which helped to clear out the lactic acid. Over the next three weeks I am going to be focusing a lot on getting adequate rest, fueling my body well and taking care of any aches and pains. I may schedule another chiropractic visit and hope to get at least one massage before race day. I can’t believe the big day is coming up so quickly. I have put my heart and sole into training this cycle and am ready to run Boston again! 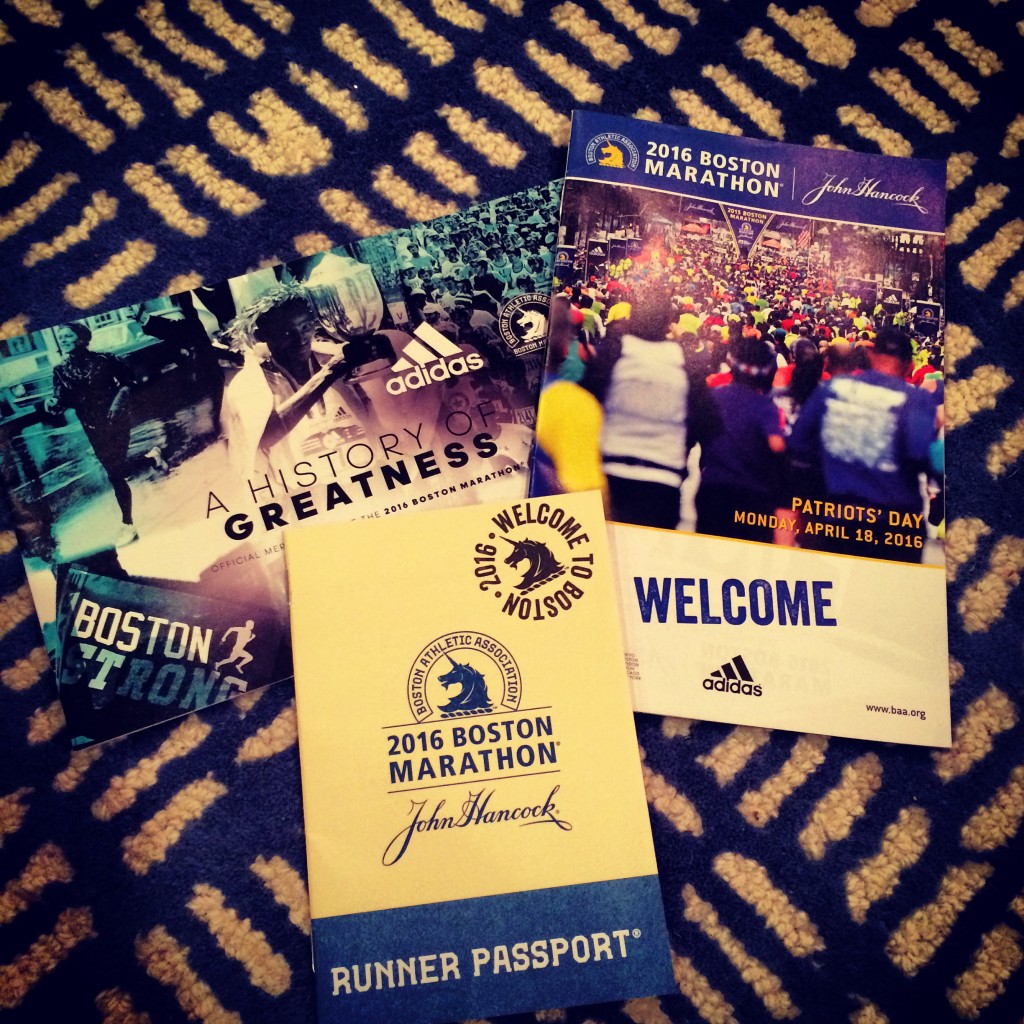 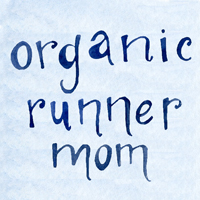 Proud member of Team Stonyfield for the 2016 Boston Marathon